Statistics for Sustainable Development > Blog > Providing support to projects that are midway through the research process: Project “A”

Providing support to projects that are midway through the research process: Project “A”

More often than not, projects ask for research methods support after data collection in the field. At this stage, the teams excitedly engage experts for ideas on what to do with their collected data, to make meaning out of it in the shortest time humanly possible. Generally, requests come in the form of “Please can you guide me with the analysis of the attached data set today, as I will be giving a presentation tomorrow? The main objectives for collecting this data were…” OR “We are in the process of data collection, please take a look at the daily incoming data and provide some comments…”.

In this blog, I will be sharing my experiences with regards to a project that was researching the impact of non-conditional cash transfers on the nutrition of pregnant women and children under 5 years. I hope to a) help other support practitioners share their experiences about helping research that is already underway, and let us know how they have worked around the bottle necks encountered. And b) that researchers can pick up on these and plan to include statisticians throughout the research cycle, so that we minimise these bottle necks as early on in the cycle as possible.

This team engaged the statistician at the data collection stage. In this study, pregnant women from the poorest of the poor households in eight districts were targeted to receive some financial incentives to boost their nutrition, as one way of combating maternal and infant mortality in the study area. It is hypothesised that the unconditional cash transfer would motivate the pregnant women to go for antenatal visits regularly and improve their dietary diversity.

Vigorous pre-planning and training of enumerators was completed, and it looked like everything had been well thought out during the planning and design stage, and the enumerators were dispatched for fieldwork.

1.  During the first few days of field work, the enumerators, together with the support team, realised that the sampling strategy used to capture the poorest households had actually resulted in households which were not the poorest being selected for inclusion in the project intervention.

How did this come about? Further engagements with key informants revealed that in the settlement where the refugees were, the intended beneficiaries, in this case some members from the local community, would “blend in” as refugees so as to benefit from the resource packages that only the refugees are entitled to, and as such got included in the study.

Figure 1: Household A. Two very different Households (A&B) were sampled under the poorest of the poor households

1. The majority of the households selected were only in five of the eight districts.

How was this resolved? The team agreed to scale down on the number of districts to cover only the five districts which had the population of interest, and did a quick re-sampling in only these five areas. At a district level, the number of beneficiaries were re-counted, and this number allocated across the district, so that the research team could get an equal proportion of subjects within each area. The researcher selected sub counties which had the highest concentration of beneficiaries to cut down on logistical issues, for instance travel, time, etc. Within the selected sub counties, parishes were sampled randomly and from the parishes, all the beneficiaries were listed from where the research sample was randomly selected.

1. In some cases, beneficiaries were not the poorest of the poor in the communities. Those who were supposed to be poor were actually not very poor; they were more or less at the same level as others within the community. Nothing much was done about this in the field. It is possible that the sampling scheme for selecting the poorest was not based on what was on the ground and most of it could have been done subjectively.

2. From the data, those who were being compared, both beneficiaries and non-beneficiaries, were all poor. What could have been better is if all these people had an equal chance of being selected into either the beneficiary category or comparison group, as they were all poor (more like an RCT).

What interesting scenarios have you encountered that required you to make some super quick decisions/changes? 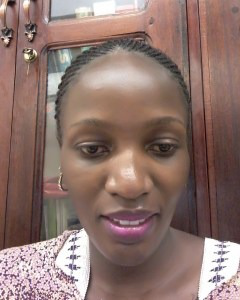 Shiphar is a Research Methods specialist for Stats4SD in Uganda, working with the National SP Program and previously with CCRP. Her aims are to make research for development more effective through improved methods and the implementation of training programmes for scientists and students.

0 comments for "Providing support to projects that are midway through the research process: Project “A”":