Recently at Stats4SD, we hosted the first large meeting at our new offices – kick starting a new phase of our collaboration for the Collaborative Crop Programme with the McKnight Foundation.

While the meeting was a great opportunity for making ambitious plans about how our team can support the work of the McKnight Foundation, in providing evidence for agroecological transformations, there was one question that was looming over the whole project… Red or White?

A previous meeting of the leadership team in Porto had taken in a visit to a local vineyard, where the tour guide had outrageously declared that under blind and controlled conditions it was ‘impossible’ to distinguish between red and white wine purely by taste. This led to some derision from the delegation at Stats4SD and the McKnight Foundation, who were quick to dismiss such a claim as nonsense, and that they could never be tripped up by such a trivial question.

Given the presence of the research methods team from Stats4SD, who are used to designing experiments to assess new hypotheses, it seemed obvious that at the next CCRP meeting, a rigorously designed experiment would be neccesary to immediately settle this question once and for all.

So somehow (despite not being present at this original meeting in Porto), the task of designing and analysing a blind wine tasting experiment fell to me.

It turns out the question of wine identification is one that has been addressed in the past. There was a famous published study involving wine students (oenologists) and food colouring, where the red colour was enough to fool the ‘experts’ into thinking they were drinking ‘red’ and not ‘white’. (Summarised in laymans terms here).

The experiment we hand in mind though was not planned to trick the participants – instead to challenge them to identify the colour of the wine when they could not see its colour. And the participants involved were quite far from ‘wine experts’ – instead being a group of agricultural researchers, statisticians and data engineers. Similar experiments have been conducted before – as referenced in a detailed article from the New Yorker magazine.

Having been set the challenge, I needed to start assembling the necessary tools.

Upon spotting a Chardonnay appropriately called “The Elephant in The Room” my first choice turned out to be simple!

On advice from the nice man working in the wine section I also picked up a bottle of Romania’s finest Pinot Noir, a local English white wine, which was a blend of four different grapes and so bound to throw people off the scent and a French Beaujolais which was described to me as being ‘a bit weird’.

Then some way of testing the wine without it being seen was needed. I didn’t quite trust the idea of just using sunglasses to obscure the colour – or really fancied messing around with blindfolds. So I found a set of stainless steel glasses with straws so that the contents could be thoroughly concealed. The easy colour coding then assisted in the data entry process - both the ‘data’ entering the glasses and the ‘data’ being entered by the participants. Although, unfortunately, it turned out the unexpected side-effect of this was the copious amount of washing up it generated.

With the materials sorted, the the methods were set – the four wines were left outside for a while (so that they would be at an inappropriate temperature for any wine – too warm for white and too cool for red) and randomised to one of the four coloured glasses. Each person could sample the wine blind through the straws, and then enter their thoughts into a beautifully designed ODK form on whether they thought it was red or white.

The good news – they were very clearly able to distinguish between red and white better than would have been expected by random chance (p<0.001).

The bad news - only 7 out of 15 successfully identified all four wines correctly; and all of the wines successfully fooled at least one person. Rather satisfyingly, the most often mistaken wine was indeed the “Elephant in the Room”.

So, what did we learn?

Was the wine expert from Porto correct that it was ‘impossible’ to distinguish between red and white wine?

Almost certainly not. Despite my best efforts to fool the non-expert wine testers, the majority of responses were correct for all of the wines.

Were the McKnight leadership team correct to dismiss the claims from the wine expert as nonsense?

Also, no! More than half of the participants failed to actually distinguish all four of the wines – and many of those were extremely confident as they made their incorrect declarations. 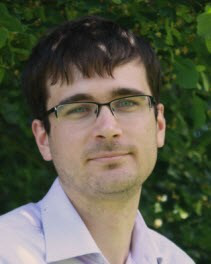 Sam has been part of SSD since its inception in 2016. Given the importance and frequent misinterpretation of statistics, he is keen to ensure that results are presented in a clear and understandable manner, particularly through the use of graphics and maps. He does most of his analysis using the software packages R and QGIS. He is also an experienced user of various other packages such as SAS, SPSS, Minitab, Genstat, Stata and CSPro.