At Stats4SD, we spend a lot of time helping scientists design methods and protocols and then analysing and interpreting the resulting data. The aim is to have rigorous, dependable, and unbiased results that people can act upon. But do we use the same approach when working on our own, everyday problems? Some of the characteristics of everyday problem solving can be merged with more formal research, and provide routes to practical research and learning outcomes for farmers.

Image 1: Berries from my garden

I am not a farmer, but I do grow a lot of fruit and vegetables on the land we have. Recently I planted blackberries, which are not widely cultivated here in Finland. They grew well, flowered and fruited. But maybe they grew too well, for some of the canes were over 2.5m tall, with a mass of flowers at one end, though they dried up before the fruit matured. While on the other hand, the lower fruit were juicy and sweet. Should I cut the tips off to promote branching and fruiting lower down? I do that with raspberries that are similar - something that I learnt from my dad years ago.

The scientist’s approach to this problem is straightforward: review the literature to find out what is known, and its theoretical basis, and then design a careful experiment (replicated, randomised, objective measurements – get an expert from Stats4SD to help out!) to check how it works within my context. But that is not quite what I did, and it is not what many gardeners or farmers do. I did do a quick search of the literature, but not being a physiologist or horticultural scientist, I could not easily understand the relevance with the information I found. So I then checked what the gardeners chat and advisory websites had to say, and it was mixed, muddled and also hard to figure out if the advice was applicable to my own variety and climate. But it looked as if the practice of ‘tipping’ is often used, so I did my own casual experiment, and tipped my blackberries – no control treatment, no formal measurements, no randomisation. But next year I will find out if the production looks better.

Reflecting on my efforts to learn about growing blackberries:

·         I did try to use the scientific literature, but it would have been better if suitable scientists were engaged, so we could talk it through, and I could understand it better.

·         I used the informal knowledge I already had and hoped it was relevant.

·         I referred to networks of other gardeners but only read a selection of the websites. Some two-way exchanges would have been better.

·         I did a simple experiment, but it only produced one observation in one season. If others were also trying it, we might learn faster due to a greater sample size.

So, what I really need is a network of other gardeners that know and interact with one another, preferably from my neighbourhood. I need the right sort of scientists engaged in that network, who can bring in technical knowledge and explain the science. Then if everyone in the network who is interested in growing blackberries experimented together, we would ideally make rapid progress. And that is the Farmer Research Network (FRN) idea that CCRP has been introducing in the 12 countries in which the program works. At Stats4SD we have been helping FRNs design effective research that is adapted to the interests and capacities of the network members, and finding out that only some of the design and analysis methods we know (and love?) can still be used. Some invention is also needed.

Recently, we were able to help with some research on this work – studying how FRNs are working and compiling what has been learnt about them over the last 5 years. The results are published here and summarised in the figure below.

The overall conclusion is that these FRNs really can help farmers learn about and solve their problems. Research that is formalised as a part of problem solving, as well as farmers’ insights and explanations can greatly enrich what is discovered. For example, they can often explain why results obtained by one farmer are different from another. Paying attention to the design, data collection and analysis helps improve the research. These designs are often very different from those taught to agricultural researchers, and the scientists in FRNs often have a lot of unlearning of research methods to do. At the same time, the farmers involved (who they are, their motivation, how they got involved) and the networking (how knowledge is shared) are also equally important.

When I look at the formal agricultural research I have spent most of my career working with, and then at the way I approach my own ‘agricultural’ problems, I can see that FRNs bridge the gap, bringing together aspects of both approaches to learning and problem solving. I now need to find a network of organic gardeners in my area that I can join. Maybe they already know how to prune the blackberries ?. 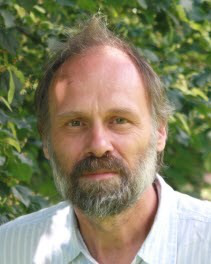 0 comments for "Research, learning and networks":