On sampling and randomness pulled out of the hat

“The purely random sample is the only kind that can be examined with confidence by means of statistical theory, but there is one thing wrong with it. It is so difficult and expensive to obtain for many uses that sheer cost eliminates it. A more economical substitute, which is almost universally used in such fields as opinion polling and market research, is called stratified random sampling.”

Darrell Huff, How to Lie with Statistics

However, while the population characteristics remain fixed, its estimate depends on which sample is selected. With careful attention to the sampling design and using a suitable estimation method, one can obtain estimates that are unbiased for population quantities. The estimate is unbiased if its expected value, over all possible samples that might be selected with the design, equals the actual population value[1].

The need for random selection

In order to remove known and unknown human sources of bias, such as conscious or unconscious tendencies to help select units with specific characteristics, a probability selection of samples is needed. A probability design such as simple random sampling can therefore provide unbiased estimates of the population characteristics, such as the mean, total or a proportion. Simple random sampling is the sampling scheme in which units are selected in such a way that each unit has exactly the same probability of being chosen. Unbiased estimates can also be obtained from unequal probability designs; provided the probability of inclusion in the sample is known for each unit. Both types of designs allow for the estimate of the variability and the computation of the estimate’s precision.

Simple random sampling can be expensive and often not feasible, since it requires that all elements of the population are identified and labelled prior to the sampling (in survey sampling these lists of units are called sampling frames). And this is often not possible. Also, it implies that each unit has an equal chance of being selected, and this may result in a sample that is spread out over a large geographical area, which would be very costly to implement[2].

Though in practice one may never decide to select a design based on simple random sampling, it is the simplest possible method, and therefore the one against which all other methods can be compared against. Eventually, even in more complicated designs, there might be a stage in which units are selected by simple random sampling.

An alternative is to use a sampling plan that involves different stages. The simplest one involves two stages. In the first one, the population is divided into clusters and a random selection of clusters is obtained. In the second stage, a random sample is drawn from each of the clusters. In such a scheme, sampling units have different probabilities to be selected, but these probabilities can be computed if the two stages are carried out wisely.

So, in the first stage, the sampling units are the clusters, and a comprehensive list of these is much easier to obtain. There are different approaches on how to select these clusters from the list, but all of them involve some degree of randomness (including a simple random sample of clusters). In the second stage, the sampling frame will include all the units within the selected clusters, and again a random process is used to select units within clusters, usually simple random sampling.

A case study: random sampling in the Pamir Highlands

Picking slips of paper from a hat to select a simple random sample is a very powerful image, but it is never used in practice. Who wears a hat today? Never say never! In a survey carried out in the Gorno Badakhshan region in Tajikistan, in the Pamir highlands, a 2-stage sampling design was chosen. The population was split into administrative regions (districts), and data from all districts was collected. This process is called stratification, and its goal is to ensure that data from all districts will be collected. The first stage was the random selection of clusters. A cluster in this case is a village, except for the cases of larger villages that were split into clusters of similar size. Finally, a simple random sample of households was selected for interview within the selected clusters, using simple random sampling.

In smaller villages, heads of the village have a comprehensive list of the households in the village, so the process of selecting a sample was done using a hat and slips of paper!! The team of enumerators, belonging to the Aga Khan Agency for Habitat – AKAH, took pictures of the process. It was not always an easy process, though! In such welcoming areas, more than one head of the village insisted that they would be very delighted if the team could start the interviews from their own house, regardless if it was selected through the random process! An additional bit of explanation and some apologies were required to sort this out!

Fig. 1: the AKAH team supervisor is holding a traditional hat with the paper slips

Fig. 2: random selection of a sample by plucking slips of paper from the traditional hat

Fig. 3: random selection of a sample by plucking slips of paper from a hat in a Pamiri house 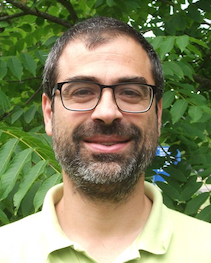 Alex is an engineer with over 20 years of experience teaching statistics and conducting research. Having worked as a statistician on a wide range of projects, he is particularly interested in processes that let data speak for itself, especially in meaningful ways for non-statisticians.

0 comments for "On sampling and randomness pulled out of the hat":