Over the past two years, we have been working on an impact evaluation of resilience-building activities of the DFID-funded Humanitarian Programme in Somalia[1].

Firstly, what do we mean by resilience?

The word ‘resilience’ is often banded about quite a bit in development work, so let’s firstly start by looking at what we mean by this. When we refer to resilience in development, we are specifically looking at the ability of households, communities and nations to absorb and recover from shocks. Shocks are sudden and relatively short-term events that negatively impact on a household’s well-being. Our project partner Dorian LaGuardia, Director at Third Reef Solutions, goes into this in more detail and has summarised how we will measure resilience in Somalia in his blog ‘Measuring Resilience (No, really! Measuring Resilience!)’ where he also looks at the dynamism of resilience and its impact.

In this blog, we’ll be following on from what Dorian has set out and linking it to our findings after analysing the data from the first three of the four survey Rounds in Somalia.

As an aside, though resilience is a concept that we all have an idea about, there is no precise definition that leads to a widely agreed method to measure it. There are potentially many other observable characteristics of the household and its members that can contribute to an assessment of resilience over and above food security. These could include coping strategies used, access to services and support, participation in education, morbidity, as well as subjective well-being. In this blog, we will focus on food security.

What are we looking to find in the data?

We are trying to find evidence for whether a number of DFID-funded projects in sectors like education, sanitation or livestock have an effect on the resilience of households and communities in Somalia. To this aim, we measured food security of households in Somalia in four panel-survey Rounds over a period of two years. The households are located either in intervention communities that have received programming support, or in counterfactual communities that have not received such support[2]. By comparing the change in food security between intervention and counterfactual communities over time, we hope to be able to assess whether the DFID-funded projects in the intervention group can help improve resilience, as measured by food security.

Drought as a shock factor in Somalia

The arid areas of Kenya and Somalia are particularly drought prone in comparison to countries to the west of it, in Africa, on the same latitude (see map in Figure 1 below of average rainfall in Africa). Within the tropics, the inter-tropical conversion zone largely drives the rainfall patterns, but in the Horn of Africa, prevailing winds from the deserts of the Arab Peninsula disrupt this pattern, resulting in lower and less predictable rainfall, creating an almost globally unique equatorial desert of in regions of Kenya and Somalia. The only other equatorial desert is the Atacama Desert in Chile. This makes these areas particularly vulnerable to repeated droughts. Nomadic pastoralism has typically been the method of surviving and managing spatial and temporal variability in rainfall. In early 2017, Somalia suffered a drought that went beyond what would be normal dry conditions and remains the main shock affecting rural communities in Somalia during that time.

What coping strategies do households use?

There are many strategies that households, communities and central governments could resort to in order to cope with shocks. There are traditional systems of reciprocity and sharing that help with consumption smoothing during shorter shocks. Unfortunately, these traditional ‘safety nets’ often break down in the face of very severe prolonged shocks such as this Somalia drought. Pastoralists in arid areas have a limited number of coping strategies available, with livestock sales being one that is often used to survive, but which can jeopardise the speed and extent of livelihood recovery. Our fieldwork partners from Forcier Consulting told us how the drought had affected one of our respondent households:

Enumerators interviewed a pastoralist who owned a herd of 200 goats prior to the onset of the drought that has since been reduced to just 15, due to the lack of water and forage. During previous droughts, the man relied entirely on selling the milk of his goats. However, the severe lack of water and forage for his herd during the 2017 drought resulted in very low amounts of milk production. He also reported buying young goats during rainy seasons to sell them off during dry periods. Since the drought had a negative effect on livestock prices, he was unable to sell off these goats at a profit, losing money on the deals. When his remaining goats became sick, the lack of income meant he could not afford medicine, which accelerated the loss of his herd. The combined effect of lack of food and lack of income generation resulted in desperate coping strategies. The pastoralist resorted to taking up loans to pay for food. Unable to pay back these loans or receive more loans for food, the man had reached the end of the line, solely hoping for rain or aid from humanitarian organisations.

The drought itself deprived this man of all options to recover from its initial effects. Sometimes such shocks result in pastoralist families abandoning the pastoralists livelihood as they are unable to re-establish herds of sufficient size to remain resilient to future droughts.

Focusing on the aspect of recovery, resilience is defined as the ability of a household to recover to the same or higher levels of well-being before the onset of the shock(s). This ability to ‘bounce back’ is determined by the level of exposure of the household to shocks, i.e. how many different and severe shocks has the household had to cope with. It also crucially depends on its members so-called adaptive capabilities, that is, to “adjust to a disturbance, moderate potential damage, take advantage of opportunities and cope with the consequences of a transformation”[3]. This is where many resilience-building programmes such as the one we are evaluating start: by increasing the adaptive capabilities of households and communities. Dorian’s blog post in the beginning explains this concept of recovery schematically:

Figure 2: Theoretical recovery curve of Intervention vs. Counterfactual communities after the drought at the time of Round 3.

The blue line shows the theoretical development of households in communities that took part in the DFID-funded interventions. For example, they might have benefited from a programme that provides vaccination for their livestock. In contrast, the red line stood for people who have not received DFID-funded programming (counterfactual). In theory, we would expect the intervention communities to recover faster or to higher levels of food security than the counterfactual communities after the drought during Round 3 of data collection.

The following diagram shows what we found when we actually measured food security of households in Northern Somalia in the first three survey Rounds: at the baseline survey in early 2016, at Round 2 in mid-2016 and again at Round 3 in early 2017.

Early 2017 coincides with the severe drought in Somalia. We can see the average Food Consumption Score[4] of households in Somaliland dropping from acceptable levels in mid-2016 to poor food security in early 2017. Members of a household with an FCS of 20 typically consume little more than staple food, and almost exclusively eat sorghum or rice on seven or fewer days of the week. Vegetables, fruits, meat or eggs are largely absent from the diet, potentially leading to malnutrition. Households with an FCS of around 35 have much more variety in their weekly diet. In addition to sorghum or rice on five days, they might consume beans, meat and milk on two days of the week.

Looking at the scheme in Figure 2 and at the graph in Figure 3 showing the real results from the field, we can see the distinct drop in food security during the drought conditions in Round 3 (early 2017) in both figures, and for both groups. We are ultimately interested in how food security of households in the different groups develop once they come out of the crisis caused by the drought, and we especially want to see if there are differences between the households that received DFID-funded programmes and those that did not. We added question marks for Round 4 of the data collection in the scheme, and we hope to be able to replace them with robust findings after analysing the Round 4 data.

Do households in the intervention communities with DFID programmes ‘bounce back’ to their old level of food security from before the drought more quickly or more slowly than those in the counterfactual group? Can we see any difference at all? What do you think will happen? We have just finished collecting data for Round 4, and we’ll be sure to share the results with you later in the year. Until then, drop us a note if you have any comments!

[1] MESH: Monitoring and Evaluation for the Somalia Humanitarian Programme

[2] It is worth pointing out that this was not a randomised controlled trial (RCT), but a quasi-experimental evaluation. This means that we did NOT make a random selection to give multi-year humanitarian assistance to households in some communities and not to others. The decision of which communities received DFID-funded projects was made by the implementation partners themselves, and therefore the challenge was to find suitable counterfactual cohorts with similar lives and livelihoods, but not been targeted and assisted by DFID multi-year humanitarian assistance.

[4] The Food Consumption Score (FCS) as developed by the World Food Programme (WFP) is an aggregate indicator that tells us how much and how diverse household members have eaten in the last 7 days. It has a maximum possible value of 112. The FCS has the benefit of asking about nutritional diversity and food frequency over a period which most households can remember, and therefore represents an average across a week. WFP has defined categories of nutritional well-being, with an FCS score of 21 or less indicating poor, 21.5-35 borderline, and over 35 acceptable levels of food security. For further reading see https://www.wfp.org/content/technical-guidance-sheet-food-consumption-analysis-calculation-and-use-food-consumption-score-food-s. 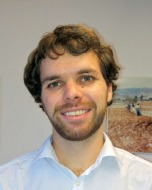 Sebastian joined our team in 2015 after working in market research and graduating with a master’s degree in Statistics in Economic and Social Sciences from the University of Munich. His main areas of expertise are: sampling and survey design, M&E, survey management, digital data collection, epidemiology, and treatment of missing values. He is an avid R user, but uses other statistical software as appropriate

0 comments for "Measuring Resilience in Somalia":